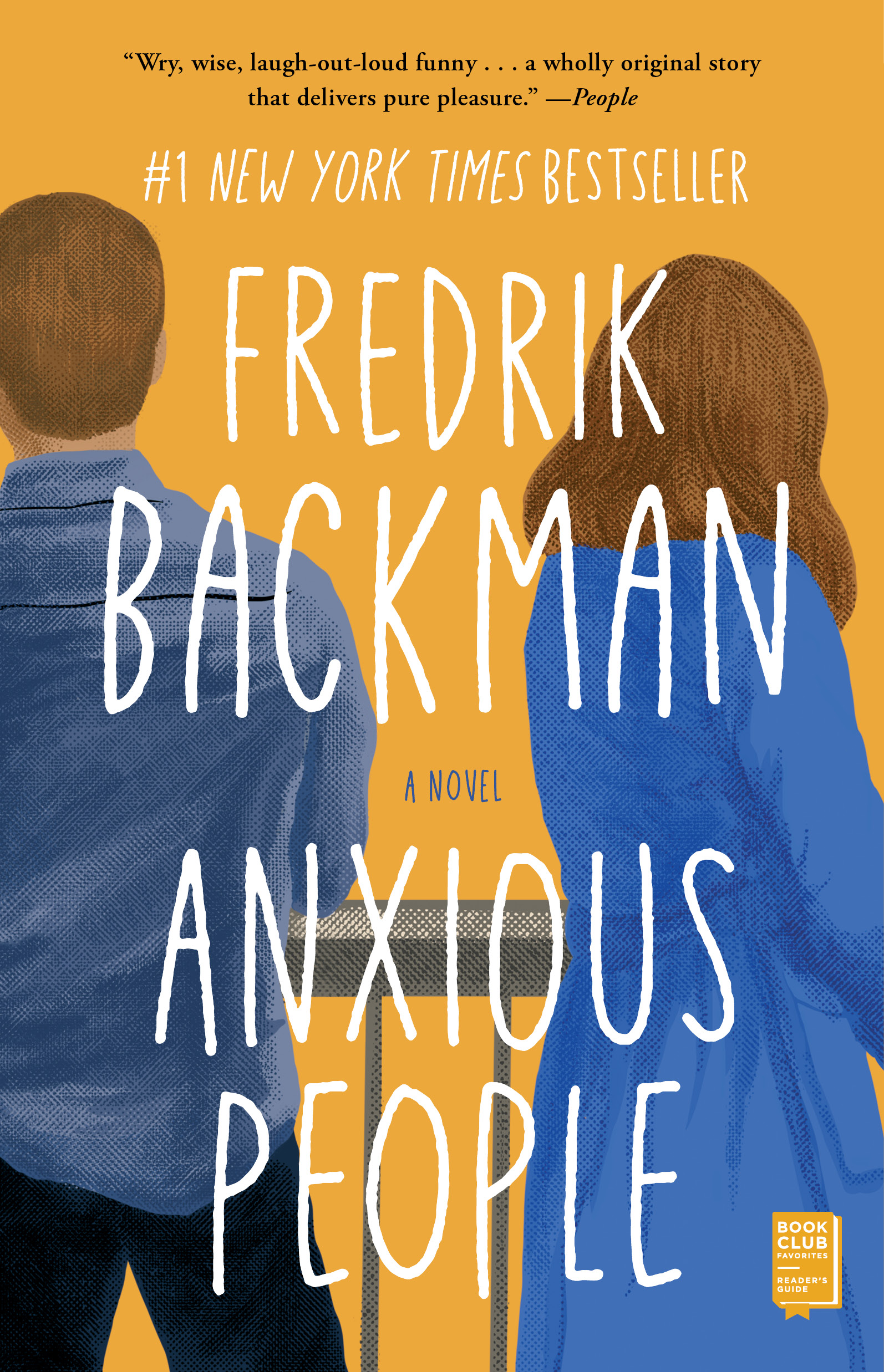 AVAILABLE IN HARDCOVER AND EBOOK

From the #1 New York Times bestselling author of A Man Called Ove and “writer of astonishing depth” (The Washington Times) comes a poignant comedy about a crime that never took place, a would-be bank robber who disappears into thin air, and eight extremely anxious strangers who find they have more in common than they ever imagined.

Viewing an apartment normally doesn’t turn into a life-or-death situation, but this particular open house becomes just that when a failed bank robber bursts in and takes everyone in the apartment hostage. As the pressure mounts, the eight strangers slowly begin opening up to one another and reveal long-hidden truths.

First is Zara, a wealthy bank director who has been too busy to care about anyone else until tragedy changed her life. Now, she’s obsessed with visiting open houses to see how ordinary people live—and, perhaps, to set an old wrong to right. Then there’s Roger and Anna-Lena, an Ikea-addicted retired couple who are on a never-ending hunt for fixer-uppers to hide the fact that they don’t know how to fix their own failing marriage. Julia and Ro are a young lesbian couple and soon-to-be parents who are nervous about their chances for a successful life together since they can’t agree on anything. And there’s Estelle, an eighty-year-old woman who has lived long enough to be unimpressed by a masked bank robber waving a gun in her face. And despite the story she tells them all, Estelle hasn’t really come to the apartment to view it for her daughter, and her husband really isn’t outside parking the car.

As police surround the premises and television channels broadcast the hostage situation live, the tension mounts and even deeper secrets are slowly revealed. Before long, the robber must decide which is the more terrifying prospect: going out to face the police, or staying in the apartment with this group of impossible people.

Rich with Fredrik Backman’s “pitch-perfect dialogue and an unparalleled understanding of human nature” (Shelf Awareness), Anxious People’s whimsical plot serves up unforgettable insights into the human condition and a gentle reminder to be compassionate to all the anxious people we encounter every day.

“The brisk, absorbing action prompts meditation on marriage, parenting, responsibility, and global economic pressures. Comedy, drama, mystery, and social study, this novel is undefinable except for the sheer reading pleasure it delivers. Highly recommended.”
—Library Journal (starred review)
“[A] witty, lighthearted romp...Backman charms.”
—Publishers Weekly
“Backman’s latest novel focuses on how a shared event can change the course of multiple people’s lives even in times of deep and ongoing anxiousness. A story with both comedy and heartbreak sure to please Backman fans.”
—Kirkus Review
Learn More

Get author updates and special offers from Simon & Schuster.

Plus, receive a FREE ebook when you join!

Fill out my online form.