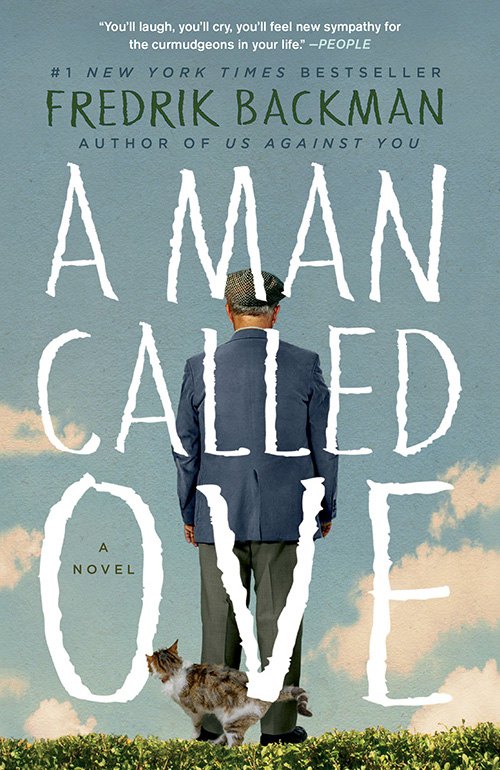 AVAILABLE IN HARDCOVER, PAPERBACK, AND EBOOK

The #1 New York Times bestseller that has taken the world by storm!

An Indie Next Pick

Meet Ove. He’s a curmudgeon. He has staunch principles, strict routines, and a short fuse. People call him “the bitter neighbor from hell.” But must Ove be bitter just because he doesn’t walk around with a smile plastered to his face all the time?

Fredrik Backman’s novel about the angry old man next door is a thoughtful exploration of the profound impact one life has on countless others.

The Swedish film adaptation of A MAN CALLED OVE has come to the US and is getting rave reviews!: Variety • The Hollywood Reporter

“You will laugh, you will cry, as his heartbreaking story unfolds through the diverse cast of characters that enter his life, all uninvited. You will never look at the grumpy people who come into your life in quite the same way. A very memorable read.”

“A Man Called Ove is exquisite….Backman’s characters feel so authentic that readers will likely find analogues living in their own neighborhoods.”

“If there was an award for ‘Most Charming Book of the Year,’ this first novel by a Swedish blogger-turned-overnight-sensation would win hands down.”

Get author updates and special offers from Simon & Schuster.

Plus, receive a FREE ebook when you join!

Fill out my online form.